This troubleshooting guide is designed to help you with the installation or replacement of the internal 500GB and 1TB hard drive(s) in your Xbox ONE Original, Xbox ONE S, and Xbox ONE X gaming system.

To begin, we assume you have already purchased an Xbox ONE Replacement Hard Drive from us, and have physically installed it into your console.

If your console is not booting correctly, and is displaying the System Error screen, here are the next steps to Get You Back To Gaming!

The days of swapping parts out on gaming systems is in the past. There are very few Plug-N-Play components in gaming systems. Now manufacturers have devised ways to hard code or “marry” certain parts to each other upon factory assembly. Xbox ONE hard drives are no exception. They are tied to their respected systems, and require a certain process in order to re-initialize them. This process follows the steps below.

Once you have your replacement hard drive installed in your system and you power on your console, you most likely will witness your system boot to the system error screen. Here you will have two options: 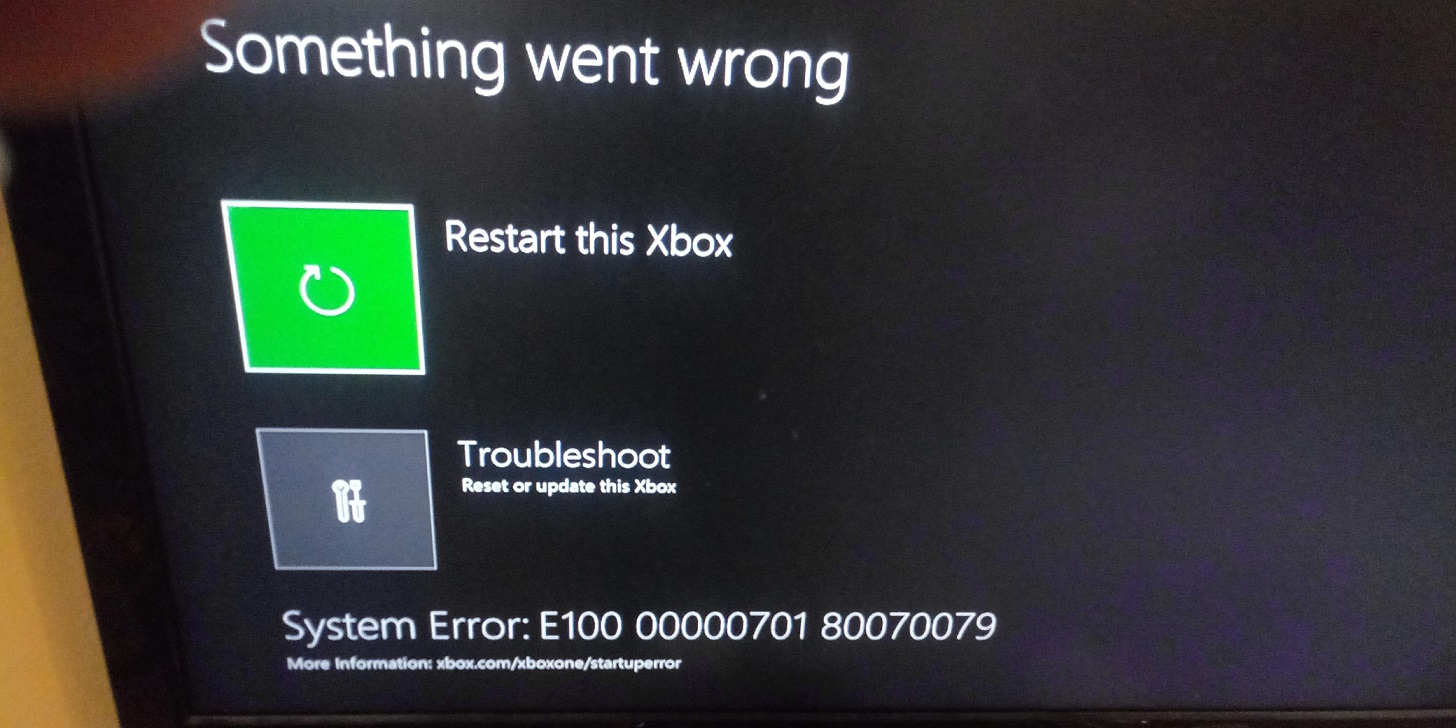 At this point you will need to perform an “offline update” in order to tie the hard drive to your system. To do this you will need a USB drive with a minimum 6 GB of space, and should be formatted as NTFS. You will also need a computer or similar device with a USB port which you will use to prepare the USB drive for the offline update process.

Click the following link which will take you to the official Xbox support website: Official Xbox ONE Offline Update Process

Select “I need to update my console offline.” 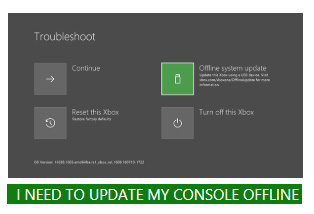 Then select which console you have (ex. Xbox ONE Original, or Xbox ONE S/X).

Follow the directions to download the OSU1 file, and prepare the USB drive for the offline update process. Click the green check mark once you are ready to move forward to the next step. 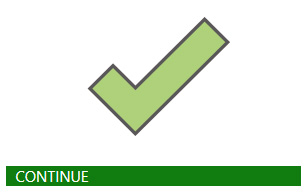 Finally, follow the directions for installing the offline update. 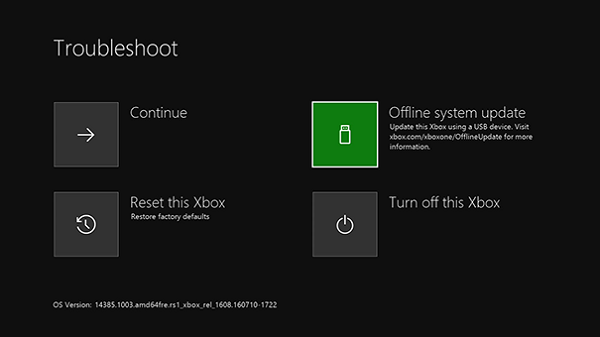 Offline Update Fails and Returns to the System Error Screen

If the offline update fails and returns back to the system error screen, you may need to try a system reset first. In order to do this, select “troubleshoot” from the menu, then select “Reset this Xbox.” Choose to “erase everything” and confirm.

Your console should restart, and you should see a “preparing console” screen or similar. If your system seems to be frozen or not doing anything, hold the power button in until the system shuts completely off. Then wait a few seconds, and power it back on again. It will eventually return to the system error screen where you can try the offline update again.

Offline Update Stalls or Freezes at 58%

A while back we started experiencing this after Microsoft released a certain update which included a major makeover. To get past this, hold the power button in until the system shuts completely off. Wait a few seconds, and power it back on. It should return to the system error screen again. Follow the steps in the text above to reset the console. Once you have reset the console, try and offline update again.

Offline Update Fails with and Error E106 or E105

Often we receive support emails about this trouble. We have found it is usually due to a corrupt download—the OSU1.zip file is corrupt. You will need to download the software file again, and use a third-party compression software to check the file for integrity (if it is corrupt). We recommend using a program called WinRaR. Once you can confirm the OSU file is NOT corrupt, then copy it to your USB drive, and try the offline update again.